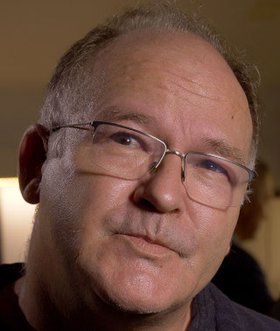 Professor at University of Nova Gorica, School of Science

During 2000-2010 my research focused on building the LIDAR detector for measurements of the atmospheric transmission for fluorescence detector at Pierre Auger Observatory, where I made the data acquisition system for automated scanning and integrated it with Observatory data taking. Since then, four LIDAR systems have been working continuously in a fully automated way.

In 2003 I joined the ATLAS collaboration, focusing on Monte-Carlo simulations and physics analysis. In 2004 I built SiGNET Tier-2 computing centre at JSI from scratch and fully integrated it with grid infrastructure processing data of ATLAS, Belle-2 and Pierre Auger collaborations. Since then, I have taken over several leading roles in ATLAS. As a distributed computing coordinator I have managed a group of 150 ATLAS scientists and coordinated the operations on 120 computing centers worldwide. During my coordination, several countries joined ATLAS computing efforts (Russia, Morocco, Algeria, Azerbaijan, Slovakia). In China, I had coordinated the effort at CNIC, Chinese Academy of Science (CAS), to prototype the ATLAS computing production at Chinese HPCs (Tianhe-1,2 Beijing HPC and Shanghai HPC) and received an award from CAS for best HPC application (2015).

In 2010, I initiated the activities at ARNES to build their first supercomputer and educate their people for HPC engineering and operations. In 2017 I started the initiative to join academic and research institutions of Slovenia into the SLING consortium. As a result, we have coordinated the work for the HPC-RIVR project in the eastern region of Slovenia to build a network of supercomputing centres. In 2019, with Jona Javorsek, I have applied successfully for EuroHPC funding of Vega, which is now one of the top supercomputers in the world. I am leading the procurement of Vega and coordinated the effort on the EuroHPC Joint Undertaking level. Vega was included in the ATLAS computing environment and participated almost 35% of all computing power to ATLAS production in 2021, demonstrating the impact of modern computing technologies for experimental particle physics.

As a researcher, I have published more than 1.200 scientific papers in experimental particle physics, cosmic-ray physics and computing, cited more than 65.000 times, reaching an h-index of 105. I was an invited speaker at many international conferences and gave invited lectures on several academic and research institutions.